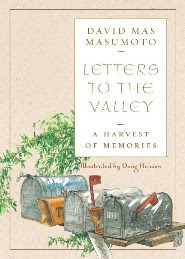 One of my best friends is a CSA site coordinator, and because of her I've been meaning for ages to link to Local Harvest. Every Friday people roll up to my friend's place to collect their week's supply of delicious, seasonal, locally-grown fruits and veggies, and the list of people joining up is getting longer and longer.
Between the weekly farmer's market and the farm where my sheep live, I'm spoiled for choice: if I want fresh eggs, for example, the toughest decision is which variety of chicken to chose from. And why buy "cage-free" eggs that come from poor, warehoused creatures in photos like this, when a little scouting around should put you in touch with people whose chickens actually breathe fresh air and get as much sunlight and exercise as they'd like?

More about local agriculture in the NY Times article Food that Travels Well:

The term “food miles” — how far food has traveled before you buy it — has entered the enlightened lexicon. Environmental groups, especially in Europe, are pushing for labels that show how far food has traveled to get to the market, and books like Barbara Kingsolver’s “Animal, Vegetable, Miracle: A Year of Food Life” contemplate the damage wrought by trucking, shipping and flying food from distant parts of the globe.

Both the article and the letters to the editor had comments about lamb, and since there's no forage -- or not nearly enough forage -- where I live to sustain my sheep without hefty purchases of alfalfa hay [from Nevada], this got my attention:

[L]amb raised on New Zealand’s clover-choked pastures and shipped 11,000 miles by boat to Britain produced 1,520 pounds of carbon dioxide emissions per ton while British lamb produced 6,280 pounds of carbon dioxide per ton, in part because poorer British pastures force farmers to use feed. In other words, it is four times more energy-efficient for Londoners to buy lamb imported from the other side of the world than to buy it from a producer in their backyard. Similar figures were found for dairy products and fruit.

I am so not going to use the expression "food for thought," but you might want to give the article [and the letters] a read.
*************
Book plug: anything by California farmer Mas Masumoto. Anything. His latest book, Heirlooms: Letters From A Peach Farmer, is being published this month. Mas is a terrific writer, and he always makes me think of my dad, who grew up in the Central Valley. Yes, I'm Californian to my marrow.

The noted psychologist Paul Bloom commented recently that "for psychologists, dogs may be the next chimpanzees." Leaving aside the question of who is happier about this, the dogs or the chimps, the fact remains that the cognitive ability of dogs has been the focus of a great deal of work recently. This course is a review and analysis of the latest work on dog development, cognition, and learning, supplemented by some of the classics and guest appearances (canine or otherwise). Topics covered include evolution and development, perception, cue learning and use, imitation and social learning, emotion, temperament, and training. Prerequisite: experience with dogs or a background in animal behavior and learning is helpful.

Harvard Extension has offered this class before, and the syllabus looked good. There's a related course in Spring: The Learned Dog: Learning Theory, Animal Learning, and the Practice of Animal Training.
*************
Ooh, a news story with a pit bull [mix] and a border collie!
They got in a fight.
The pit bull went to the vet hospital to get stitched up, and the border collie's owner lost the tip of his finger when he reached into the middle of the fight to separate the dogs. Standard advice: Introduce dogs when they're good and tired, take them on a long [on-leash] walk together and then [if you must], let them meet and greet on neutral ground, and leave the leashes on so you can pull the dogs apart and keep your fingers safe in case a fight breaks out.
I would bet money that the border collie started it and bit off the man's finger, and it doesn't surprise me at all that the pit bull needed medical attention and the collie didn't have a mark on her. Yes, I'm assuming it was a border collie bitch. And yes, I have a tiny bit of experience in this area.
In other, sadder pit bull / border collie news, a border collie puppy was killed by a loose pit bull in Ontario, Canada. Idiots who refuse to control their dogs should be hit over the head with a board, but the quote that caught my eye in the Ontario article was a comment by Kathy Duncan, Oshawa's Manager of Animal Services:

While pit bulls have received a lot of attention since the provincial ban was implemented, Ms. Duncan says the statistics don't point to them posing a higher risk to the public, than other breeds.
"Of all the bite reports we get, we don't see a predominantly higher level of pit bull reports," she said. "They're in the media more, you don't hear about the golden retriever that leaves someone with hundreds of stitches."

I'd want to run that claim about Britian's poor pastures through the BS detector. Five or 10 years ago, the UK's pastures were certainly overstocked -- a problem being gradually corrected as per-head subsidies are replaced by per-acre subsidies -- but the quality of feed on them rivals anything in New Zealand. At least if you compare the sheep producing ground in both nations. As with agriculature everywhere, the dairy cows get the really good ground.

With so many claims about carbon being thrown around, I think it's going to start to be important to look at underlying assumptions and statistics that go into these claims. Sheep in New Zealand are fed in both pasture and feedlots; the same is true in the UK.

But the point about growing food close to home if it can't really be grown close to home without lots of inputs is a valid one; the lamb you produce has not only the carbon of their burps and berries to account for, but that of the tractors that tilled the land that grew your alfalfa, those that harvested it, and the truck that brought it to your desert climate. Not to mention that you're buying it from a desert that is irrigated, which means a larger environmental impact than lambs raised in climates more hospitable to grassland ruminants.

Bill, thanks for UK/NZ reality check.

Mediterranean rather than desert climate where I live, but that's a moot point, since my sheep aren't out grazing on the [sparse in summer] hillsides. And no grazing the farm pastures in winter, either, with the drought we've been having.

Big commercial flocks used to be common on the mesas and in the canyons, but you don't see those flocks around here now: a lot of the open space has been converted to housing tracts, dammit. Guess I'll have to start trading carbon credits.