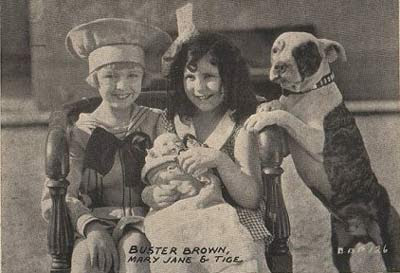 You can forget about the grand opening of the new Pit Bull Training Academy in Los Angeles for a little while. The dog training school won't start up as planned Saturday at the city's South L.A. animal shelter. It was supposed to take stray pit bulls and turn them into docile household pets. A group of parolees was hired to do the training. But KPCC's Doualy Xaykaothao reports the L.A. City Council voted Friday to put everything on hold for now.

Be sure to listen to Doualy Xaykaothao's four-minute audio report. I cringed with embarrassment for the city councilmembers, who sound as petulant as twelve-year-olds. Richard Alarcón: "Even if everything is by the book --- even if everything is legal and you have the appropriate authority --- you're doing it in our face. And I don't appreciate it!" He's fifty-three, by the way. Talking about a dog-training program.
The program isn't dead. According to Xaykaothao,

The city attorney's office will look it over for liability problems and the City Council's Personnel Committee will check to see if hiring parolees is a problem. After that, the full council will take up the program again. That will happen in two weeks.

City Councilmember Dennis Zine: "I can just imagine a pit bull attacking someone at the shelter. And what's gonna happen is we'll have a lawsuit." Is Zine even remotely aware that other dogs bite? Is he aware that a pit bull with a good temperament -- in other words, a pit bull chosen to take part in this program -- is one of the dogs least likely to bite, based on temperament test results? Dennis, pick up the phone and call the CDC. I've done it.
The more time I've spent fighting breed-specific legislation, the more I've come to believe that pit bulls are one of the best litmus tests of a politician's integrity.
Public figures who do their research don't grandstand and breed-bash at the drop of a hat. They actually listen to the experts. They understand that just because a meth dealer's abused, neglected pit mix charges a cop, it doesn't mean my friendly pocket pit is a bite risk.
A politician that ignores experts at the CDC isn't someone I want making public policy.
A politician that refuses to do a shred of research before hopping on the bigotry bandwagon isn't someone who should be given control over public safety and city budgets.
And a politician unable or unwilling to take a hard look at his own prejudices isn't someone who deserves to represent American voters.
Ever wonder where the Jim Crow laws came from, or how newspaper editors in the 1940s could cheer the relocation of American citizens to Manzanar?

I know dogs aren't people, and equating shelter euthanasia rates with genocide [for instance] is obscene. But willful ignorance on one issue implies willful ignorance on other issues --- and prejudice is prejudice, whether you're talking about the "yellow peril" or "furry time bombs."
Fantasy political interview...
Lassie, Get Help: "OK, Senator, thanks for those remarks on foreign policy and health care. One last question. What's your position on pit bulls?"
Senator I'm Voting For: "Which pit bull? Yours? Mine? Jon Stewart's pit bulls? Michael Vick's? Pit bulls are dogs. Dogs deserve loving homes and responsible owners. We should throw the book at irresponsible owners. Seriously: abuse a dog, go to prison. I'm opposed to insurance blacklists and laws based on breed, and in favor of a pet food tax to pay for low-cost spay/neuter programs and better shelter conditions. Your dog gets loose and bites somebody, you should be looking at jail time and big fines --- but we know that most bites involve the family dog or a friend's dog, and children are most often the victims, so we need school programs on dog care and safety. I don't have a position on this breed, or that breed --- but I have one on dog owners: be responsible, or the law will be all over you like a bad smell."
Posted by Luisa at 12:28 AM