"We have met the enemy and he is us." 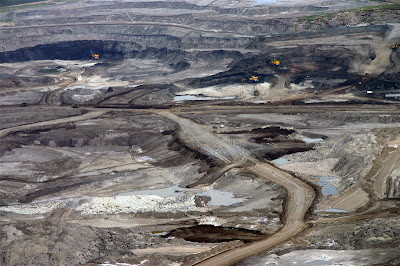 Peter Houser of Living with Birddogs visited China earlier this month and caught a glimpse of the future:


[N]early all of the enviroment that I saw was horribly damaged. During the entire time in country I saw only a handful of songbirds, a few magpies, no rodents, no hawks. Certainly no game birds. Anything that looks green is under mono-species cultivation. Most of the country is covered by a cloud of smog from the coal-burning electric plants. 5,000 years of human occupation have left a mark on the land and the animals that will not disappear until the next ice age. So, get out your checkbook and send some money to your favorite environmental advocate group. This trip really brought home to me how much we stand to lose if we do not learn to live in a balanced relationship with our environment.

Peter is just one of a number of fine hook-and-bullet bloggers to sound an alarm. Check out Chad Love here and here and here [and, heck, just nab Chad's RSS feed. He's good].


In the past month, the nation’s focus has been on the budget battle in Washington, where Republicans in Congress aligned with the Tea Party have fought hard for rollbacks to the Environmental Protection Agency, clean air and water regulations, renewable energy and other conservation programs.

But similar efforts to make historically large cuts to environmental programs are also in play at the state level as legislatures and governors take aim at conservation and regulations they see as too burdensome to business interests.

If we hope to save our country from the big oil billionaires business interests that control so many of our politicians, we better get busy. Don't wait until the next Ice Age. Get busy now.

That fresh hell in the photo at the top of this post? Not China. It's Canada. And it kills me to think of it, but that toxic landscape used to be a boreal forest. Did I mention that Canada is the #1 supplier of oil to the US? Countless wildfowl die in those tailing ponds. The air, the rivers and the people — the men, women and children — who live nearby are being poisoned. But we mustn't burden the business interests! Oh, no, mustn't do that.

See also:
Boreal Songbird Initiative
Contact Elected Officials Seriously: they are public servants. They work for us.
iLoveMountains.org Because mountaintop removal mining is in a horror category of its own.
Posted by Luisa at 7:59 PM 1 comment:

Terje Sorgjerd, who created last month's awesome video of the Northern Lights, has done it again: another great video, this one filmed on 12,000+ ft stratovolcano Pico del Teide in the Canary Islands. Terje writes:

This was filmed between 4th and 11th April 2011. I had the pleasure of visiting El Teide.
Spain´s highest mountain @(3715m) is one of the best places in the world to photograph the stars and is also the location of Teide Observatories, considered to be one of the world´s best observatories.

The goal was to capture the beautiful Milky Way galaxy along with one of the most amazing mountains I know El Teide.

Read more here. Oh, and play the vid on full screen — it's beautiful.

H/T: the most excellent Starts With A Bang, who knows a thing or two about the night sky.
Posted by Luisa at 4:00 PM No comments: