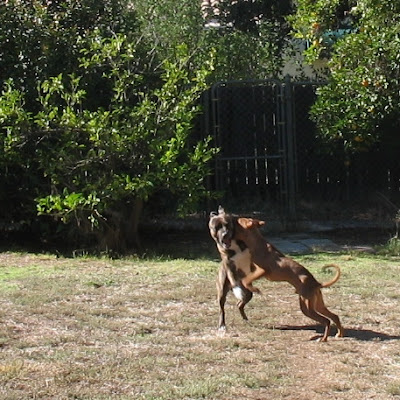 Smoky and Jasper make the most of a beautiful morning. 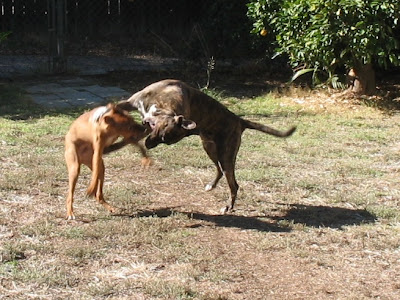 Zoomies, how we love zoomies! 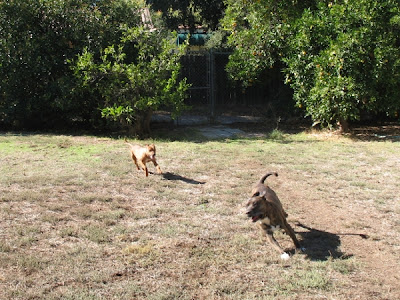 Grayling [whose left front leg is perfectly normal, thanks], Jasper, and an orange. Mmmm, oranges. 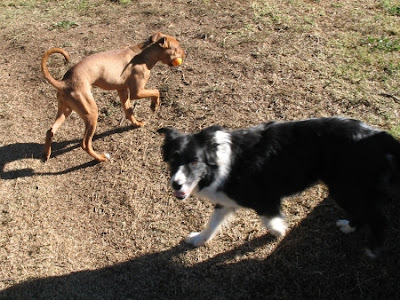 As they say, a tired dog is a happy dog. [Jasp'll be neutered as soon as our vet says it wouldn't be detrimental to his health in any way. He was one miserable puppy.]  Can't believe the difference four weeks has made. Has it been a whole month already? Unreal. 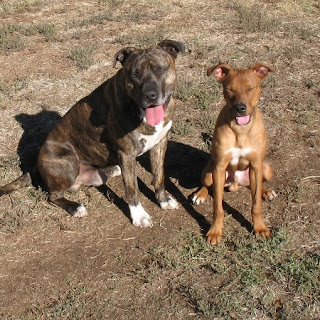 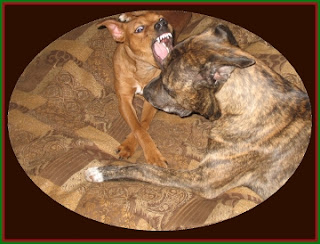 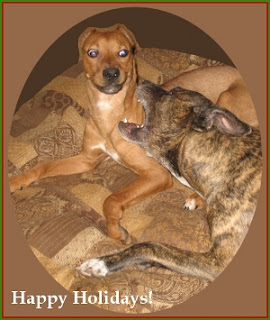 Not the last dog I'd bring home, but close.

You know the old story about the dog stuck between two food dishes? I've been feeling like that for months, immobilized between this blog and my newer birding blog and too busy to do much of anything with either one. Then this dog showed up on Facebook.

She was a little pit bull [rare blue!], she was terribly skinny and suffering from mastitis, she had the sweetest smile, and she needed a foster home. I volunteered. 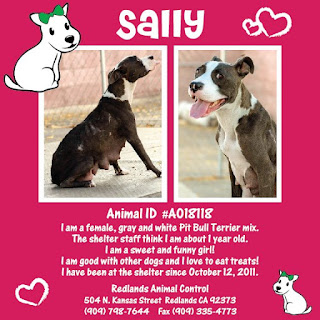 You know where this is headed, right? Oh, no, you don't.

It turned out that a most excellent rescue group in Utah had decided to take the blue pit bull, so when I arrived at the shelter on the morning of Oct. 22 to pick her up, my buddy C said, "Foster this poor, um, Doberman instead." I'm not even a little bit wild about Dobermans, so I prepared a quick no-can-do speech as we walked down the hall. I needn't have bothered. 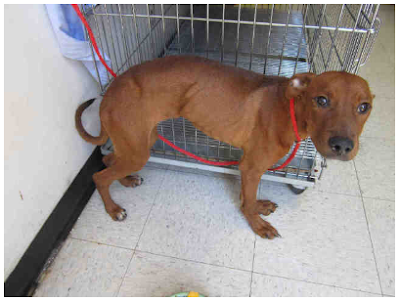 A little red pup was standing in the corner, on his last legs. He was in bad shape. C had fixed him a bowl with tempting cheese and other tastiness, but he wouldn't touch it. When I put some canned food on my fingers and offered it to him, he turned his head away. I was enlisted to take him to the vet. Things weren't looking good.

Long story short: I got the green light to take him home a couple hours later. Took "before" photos as per C's instructions. 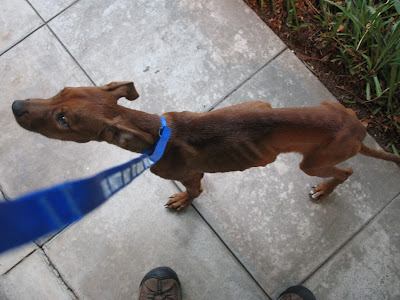 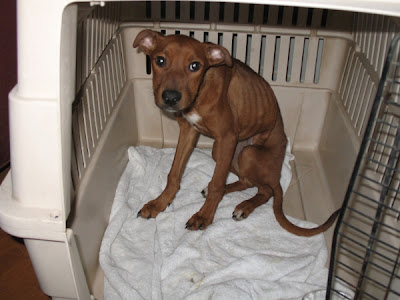 Aaaand now the very happy "after," wherein we bond, I fail as a foster, and pup gets in touch with his inner zayde. "So then I said to Morrie, I said..." All that's lacking is the upturned paw ;~) 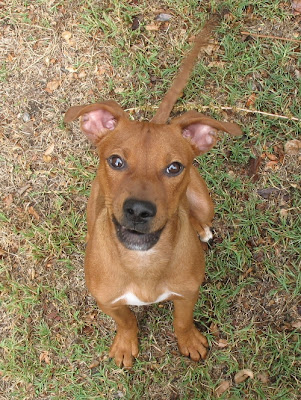 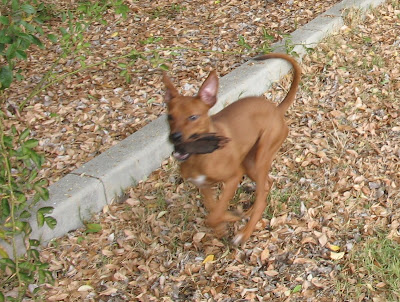 Cute, no? And smart...! You have no idea. Friendly, too. His name is Jasper, for his red color and in honor of a good kid in Five Little Peppers and How They Grew. He met everybody last week. The collies are... tolerant. Smoky is happy. Smoke is showing him the ropes, teaching him about the joy of zoomies, etc. 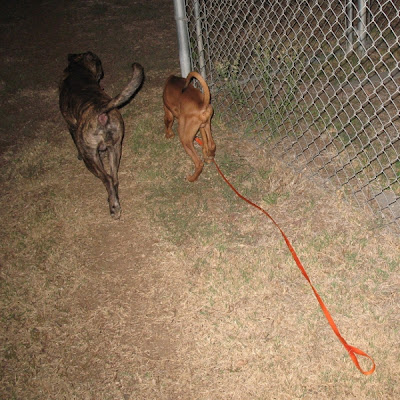 [It's pouring rain now, and the south forty will soon be muddy green! Yay!]


*************
Note: I have no Dr. Mom skillz to speak of, but man, you should see me set a kitchen timer. Truly impressive. The first day, I fed Jasp a couple teaspoons of food and a dab of Nutri-Cal every hour. Sometimes he'd eat, sometimes not, but the next morning he was eager to chow down, and it was nothing but steady improvement after that. Amazing what a pup can do with food, a little TLC and a warm, quiet place to sleep. As always, thanks to the wonderful folks at our local shelter — you're the best.
Posted by Luisa at 9:03 PM 13 comments: