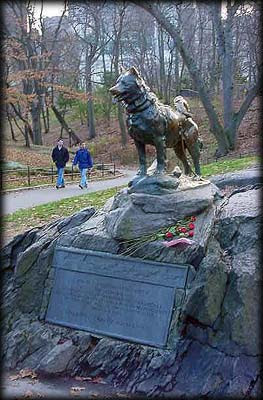 [Sacramento, CA] A marble monument to service dogs, originally set to be displayed in Sacramento, California, may be on its way out of the golden state. The reason? The statue's "manhood" is still intact.

Proponents of the recently-tabled state assembly bill AB-1634, the so-called "California Healthy Pets Act", which would require that most of the state's dogs and cats over the age of 6 months be sterilized, claim that placing the image of an intact male dog on public property is harmful and sends the wrong message to California pet owners.

Satire [snerk!] but spot-on. Read the rest here. [Original link doesn't always work, but you can give it a try.]
Posted by Luisa at 5:15 AM