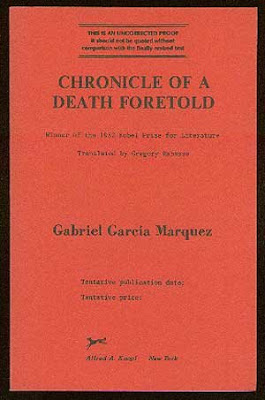 The [very] early morning scuttlebutt is that... is that... aw, dammit, I'm too superstitious to post the headline [and SacBee.com won't let me maintain a live link. Go to Google News, search for AB 1634 and click on "Spay-neuter bill in big trouble"]. Reporter Jim Sanders did some footwork and got comments from all but one of the senators on the Local Government Committee.
Fave quote:

"Once people get a chance to see my supporters and the opponents side by side, it's clear which side has logic and reason and fact on their side," [Levine] said.

[Member of the Senate Local Government Committee, Sen. Christine Kehoe, D-San Diego] said AB 1634 would impose an entirely new program on San Diego County, which she represents, because local government there does not currently license cats.

"The bill does appear to be in trouble," Kehoe said. "I'm going to listen to testimony. I never promise my vote ahead of time. But I do think that there's a lot of concern about whether the bill should continue to move."

This surprised me a bit, since I'd formed the impression Kehoe would be the most likely committee member to vote in favor. (My local animal control supervisor told me months ago that AB 1634 would require cats to be licensed. Dude, you were right!)
The San Jose Murky Mercury News has an editorial in opposition:

[A] simple, small tax on cat or dog food - as an alternative to Levine's law - would help raise enough money to build more low- or no-cost spay and neutering clinics and accomplish Levine's goal of sharply reducing the number dogs and cats put to death throughout the state.

Only then would the Legislature be barking up the right tree.

And may I add that I first suggested a pet food tax back in early April, on the Pit Bull Forum?

The taxes collected would be used to fund educational programs, public service announcements, shelter improvements, etc. And when the final, state-wide target of no-kill/no homeless pets is reached, the tax ends.

You're welcome.
From a PetPAC press release, Lassie to Save California from the Perilous Adventures of AB 1634:

If the bill passes, there will be no 10th generation Lassie. Never registered with the AKC, Lassie does not fall within AB 1634’s convoluted labyrinth of rules that would allow for a government-issued “intact permit.”

Lassie’s entourage includes owner and trainer, Bob Weatherwax, and Jon Provost, who from 1957-64 audiences grew to love as “Timmy” and who now serves on the Board of Governors for Canine Companions for Independence.

Very cool that Jon Provost serves on the CCI Board. And good boy, er, girl, Lassie!
Finally, a tip of the hat to reporter Mike Zapler of the Mercury News for bringing us up to date about AB 1634's lobbying group and the increasingly shrill Judie Mancuso:

The proponents have hired Nielsen Merksamer, one of the state's top lobbying and political law firms, to press their case with legislators. This week they held a news conference with Bob Barker, the longtime host of "The Price is Right" and spay-and-neuter advocate. Their leader, Judie Mancuso of Laguna Beach, labels some of her foes "Petpac monsters" (a reference to the political action committee opponents created) and "liars" who are "all about making a buck."

Opponents, many of them pet breeders, are playing their own political hardball. One leader, a longtime lobbyist and dog breeder named Bill Hemby, accuses adversaries of engaging in "character assassination" and suggests that spay-neuter leaders are serving as proxies for animal rights extremists.

"We're convinced their ultimate goal is the elimination of all animals," he said in an interview, before clarifying that, on the whole, he believes proponents are well meaning.