The beauty of badly-written bills 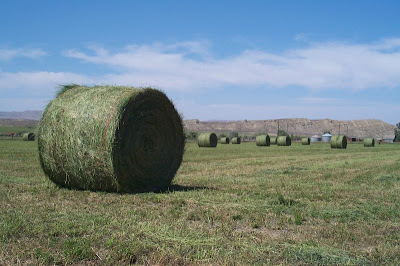 Bill Fosher comments that AB 1634's stockdog exemption is "so badly constructed as to be meaningless." [Adds Eileen Stein, attorney and ABCA Director, " Unless you've read the rest of the bill, you don't know the half of it."]

The dog is used for herding or guarding livestock, and the dog’s owner resides on or is the owner of property designated for agricultural use.

Bill points out that

[t]he law doesn't say the dog has to reside on the land that is owned by his owner. For that matter it doesn't even say that the land has to be in California.

One quick call to the Iowa cousins should do it. I'll spread the word.
Posted by Luisa at 12:03 AM