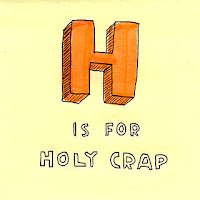 Good frikkin' grief, people — put the puppy in an x-pen with a chew toy. Or put him in the kitchen, or the bathroom, or the laundry room, or, gosh, I don't know, maybe in a dog crate. Oh, and there's this new invention called a 'crib'... you might want to check it out.

A 1-month-old [!!!!!!!] was attacked and seriously injured by a puppy while he slept with his mother Saturday.

The baby suffered “substantial damage” to his genitals while he lay in bed with his mother from an attack by the family’s 6-month-old Cairn terrier and poodle mix, police said.

The mother told police she went to bed with the child after returning from work about 6 a.m. and was awoken about 1 p.m. by her 5-year-old. When she awoke, she noticed the baby had been moved and his diaper was missing. She then saw he had blood on him and rushed him to St. Joseph Hospital, the report said.

A child is healing from severe dog bites Monday morning and family members are under investigation for how they responded to the attack.

Spokane Valley Police came to a home in the 2000 block of North Ely Sunday afternoon when neighbors informed SVPD that a one-year-old had been mauled by a young pit bull mix, but the child was not taken to the hospital for treatment.

According to an SVPD release, "Thinking she might be in trouble, the mother and a neighbor cleaned the estimated 100 puncture wounds at the home rather than seeking treatment from doctors."

The child had been sleeping with the eight-to-twelve week old puppy when he was attacked in the middle of the night Saturday and the mother found countless bites and blood staining her son's sheets.

The responding officer looked over the attack victim and found "numerous injuries to his ears, face and hands," according to the police department, with the worst of those injuries affecting his now swollen ears.

Honestly, I could beat my head on rocks. Never leave a child unattended with a dog. If the nation's news editors and politicians spent half as much time pounding this message home as they spend demonizing breeds and promoting BSL, a whole lot of kids would be spared a hell of a lot of trauma.
Posted by Luisa at 11:58 PM