We’ll finish the temple of freedom, and make it capacious within 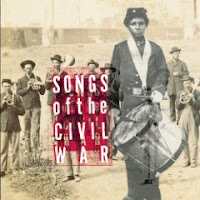 The song Lincoln and Liberty was recorded by American folk singer and activist Ronnie Gilbert in 1991 for the TV special and compilation album Songs of the Civil War.

"Songs are dangerous, songs are subversive and can change your life." [Ronnie Gilbert, on the effects of hearing Paul Robeson sing when she was 10.]


Hurrah for the choice of the nation!
Our chieftain so brave and so true
We'll go for the great reformation
For Lincoln and Liberty too

Success to the old-fashioned doctrine
That men are created all free
And down with the power of the despot
Wherever his stronghold may be!