You talking to me?


Here are some snaps from a lazy weekend.

Smoky has one of those barks that's more of a single, sustained roar. Doesn't bark much, though — he's too busy chewing everything in sight. Also: he is a genius. The other dogs are going nuts but the vet says quarantine for two more weeks. Pup's much perkier, but still with the snotty nose, eeewwwww.

His fave toy is that red thing, which is one of the best toys evah. No, I don't get a commission. 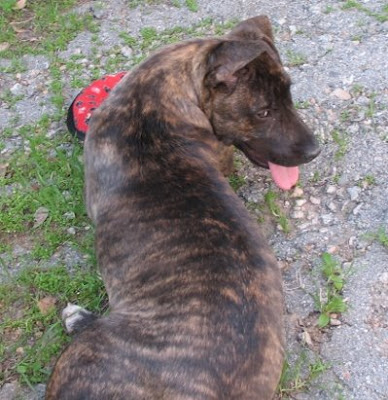 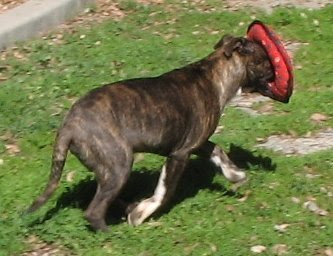 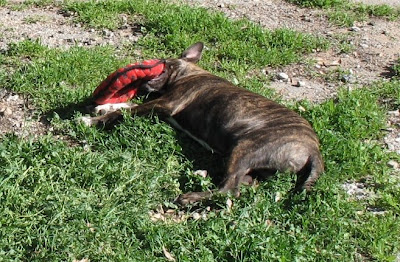 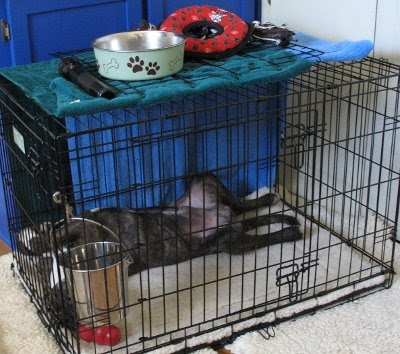 Julie, give Chet a snoggle for me [wuvs Chet B].

Hi, I wandered over from Pet Connection.
I adopted what I thought was a mutt a few months ago....on a walk on day someone said "what a good looking Treeing Tennessee Brindle, you got there". Ran home and googled and they look just like her. Could this be in the same family as a Shenandoah Mountain Cur?
She looks just like Smoky except all brindle/no white..has the most expressive eyes, and webbed feet. She even sounds like him too, almost never barks, and tries to eat and chew EVERYTHING in sight, eerily smart...housetrained in literally 1 day.

My dog looks almost identical to yours. She is a pit bull German Shepard mix