My oldest dog died in my arms at the vet's on Wednesday, after suffering a stroke. She was a few weeks shy of turning fifteen. I've made the other dogs all promise to live forever.

Piper was born here at home - born breech, if I remember right. Her dam had stepped out of the whelping box and when Piper made her entrance into the world, I caught her in my hands. She was smiling in the sac. I said, "You're mine," and that was that.

I've been trying to come up with a way to describe the difference between losing a companion dog and losing a working partner, and I'm afraid I'm not going to describe it very well. So many regrets, as Donald McCaig has written. Did I mention that I talk to my border collies in the same voice I use for people? I often use a mommy-wuvs-you voice with my other dogs, which may explain the situation in a nutshell, but anyhow.

Most of us love and have loved dogs that from a working standpoint are utterly useless, not that there's anything wrong with that. My first pit bull, for example, was great at doting on people and killing lizards. And that was pretty much the extent of his skill set, but I loved that dog more than any I've known, which is going some.

Sheepdogs, for me, are more complicated. They remind me of Remy in Ratatouille. [Edited to explain: Remy reads, knows the difference between a sous-chef and a chef de partie, and lives to cook. The other rats think he's weird.] Sheepdogs are thinkers, and the more they have to think about — the more problems they have to solve — the happier they are. Better still if physical activity is part of the mix. If work is love made visible, no creature alive has a greater heart than the border collie.

Piper was all heart and all try. She was a savvy, strong-eyed, plain-working dog, a journeyman of the best sort, and she never, ever gave a task less than 100%. She did her absolute best every. single. time. Did I deserve her? Not hardly. My efforts and abilities weren't in her league. Stock work is demanding and sometimes dangerous, but she never said, "Screw you, I quit. I'm tired of picking up the slack for you day after f*ing day, and I'm tired of picking up the pieces after your stupid mistakes. I'm outta here."

She never did that. When I messed up, which was often, she redoubled her efforts and made things right. She was so competent at the farm, so good at everything, that I took her for granted, and frequently mistook her talent for my own mad training skillz. I'll probably never have such a wonderful partner again.

At the end of the day she'd curl up in the kitchen, dusty coat, sore knees and all, and treat me as though a dish of kibble and a pat were the greatest gifts on earth. They give so much in return for so little, our sheepdogs.

I could drone on, but it would be better to leave you with a link to Bill Fosher's wonderful tribute to his sheepdog Molly, and a link to Mark Thompson's tribute to his Bodhi, from Setter Feathers & Quail Tales. Excerpt:

Bodhisattva is Sanskrit. A Bodhisattva does not seek “bodhi” (awakening or liberation from our worldly suffering) solely for himself (as a “yogi” does), but chiefly a Bodhi forgoes the path of enlightenment in order to assist in the freeing all other beings and aiding them into the bliss of Nirvana. This may be a bit metaphysical, but, in short, a Bodhisattva is a teacher. I always thought this a perfect name for a bird dog, as he should forgo his own desires, so that others may attain their own path to enlightenment. A Bodhisattva remains a humble teacher, among all other things, who forsakes his own learning (or path to greatness) in order to assist others in their path. True to his name, Bodhi did that, as well as having achieved his own enlightenment, which he occasionally gave us glimpse at having attained. In fact, I believe, he was enlightened from the beginning.

Piper was enlightened from the beginning. What a privilege it was to journey with her for the too-brief time we were together. That'll do, Pipe — good girl, good girl. 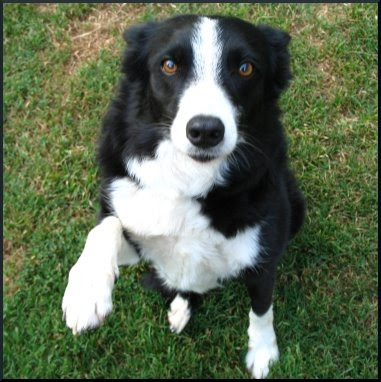 [For anyone interested, Piper was a granddaughter of the butcher's Mac, and on her dam's side went back to Glyn Jones' Bracken and Templeton's Roy. She was the daughter of my Bracken and Roger Schroeder's Don.]

I am so sorry for your loss. She sounds like a wonderful dog.

I am so sorry for your loss. Isn't it incredible the kind of bond we have with our dogs? I always loved animals, but was never allowed to have a pet inside growing up. Since I married another dog lover it has been an amazing journey bonding with a dog. If you have visited my blog from the beginning you will already know that we lost our first puppy at 18 months. I still think of him almost daily and wish that I had pet him a little bit more and had a lot more patience. I believe we get to be reunited with our pets one day. I will be so happy to see our sweet Tonka again. Piper was lucky to have you.
Kasha and Africa
http://trainingboerboels.blogspot.com/

No matter how long we have them, it's never long enough.

They just rip your heart to pieces, don't they. I'm sorry, Luisa.

Sorry for your loss. But lucky are you and Piper for 15 years of wonderful relationship.

Wonderful tribute and especially enjoyed the photograph. Be seeing you Piper.

You wrote a beautiful tribute to a great dog. My sympathies for your loss.

I'm so sorry for your loss of this special dog.

I'm so sorry, Luisa. It is always a terrible thing to lose a wonderful dog. May your memories of her bring you comfort.

What a beautiful tribute to a great dog. I am sorry for your loss.

I am so very sorry for your loss. Piper sounds like a wonderful dog, and she was fortunate to have such an appreciative human partner.

I'm very sorry for your loss, Luisa. She sounds like an incredible dog.

Luisa, my condolences. I know that as a sure-enough dog person, you understood that this day would come, but that doesn't make it any easier. Take comfort in the memories and in the knowledge that you gave a fine dog a fine life.

I am so very, very sorry Piper is gone. Any dog you love leaves a hole in your heart when they go, but one who works like that seems to leave two. We lost our working BC Bo at 15 just a little over a year ago, and it's still hard. I'm just glad her previous owner decided she wasn't robot-like enough and gave her to us.

I keep looking for her... You know how it is. Thanks to all for the kind words - Pipey was so special.

Losing your dog is always hard, losing one who was a working partner harder yet. A very sweet tribute to a dog who must have been a wonder to watch. Take care.