Come down off that ledge, Selma! 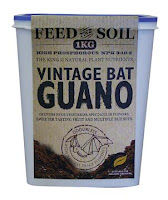 Selma, as we both know, you can't cure stupid. For instance, there will always be people who are convinced that Barack Obama is an Arab terrorist. Along similar lines, there will always be people convinced that "pit bulls" pose a unique threat [and by "pit bulls" these poor souls mean all dogs of maybe two dozen breeds, and mongrels that resemble one of those breeds]. Gosh, there's even a

highly aggressive behaviour unique to pit bulls, not exhibited by any other type or breed of dog

which is, um, about as truthful and accurate as Barack Obama's "birth certificate" from Kenyatown, Kenya, shown at the top of this post.

pit bulls have a tendency to be unpredictable and [...] even apparently docile pit bulls may attack without warning or provocation.

Sweet Jebus. Nope, you can't cure stupid. The Ontario [Canada] Court of Appeals decision [the one stating that a ban on "pit bulls" will somehow protect Canadians from dog bites] is total, absolute, unadulterated batshit craziness. But change will come. Judicial batshitocity will eventually be revealed for the ignorant, bigoted nonsense it is, and "pit bulls" will survive their detractors. Remember the Netherlands...!

From the mixed-up files of the court of FUBAR —

Salem Village, Massachusetts, 1692: nineteen convicted witches are executed; at least four women accused of witchcraft die in prison; a four-year-old girl is accused of witchcraft and imprisoned for eight months; an elderly man is pressed to death; and two dogs are executed — hanged — as suspected accomplices of witches. Witchcraft hysteria comes to a screeching halt when the governor's wife is rumored to be a witch and the governor says, "You people? Are insane. Go home."

Fast forward to 2008 -- Salem is the Wicca capital of the known universe. Witch City.

Washington, D.C., 1857: Chief Justice Roger Taney rules that once and future slave Dred Scott is shit out of luck, since he has no standing to sue for his freedom in federal court.

[U]nder the terms of the U.S. Constitution, blacks were not — and never could be — citizens of the United States. At the time of the Constitution's ratification, Taney wrote, blacks were "regarded as beings of an inferior order, and altogether unfit to associate with the white race, either in social or political relations; and so far inferior, that they had no rights that the white man was bound to respect; and that the negro might justly and lawfully be reduced to slavery for his own benefit."

Fast forward to 2008: the black guy is going to win the election for president. Also: pit bulls will survive.

West Coast of the U.S., 1942: Civilian Exclusion Order No. 346 states that all people of Japanese ancestry, whether citizens or non-citizens, are to report to assembly centers, where they will live until being moved to permanent "Relocation Centers." The L.A. Times editorializes:

A viper is nonetheless a viper whenever the egg is hatched - so a Japanese American, born of Japanese parents - grows up to be a Japanese, not an American.

Fast-forward to 2008: the L.A. Times has endorsed Obama for the presidency, Muslim dad [and Kenyatown birth cert] notwithstanding.

Pit bulls will survive the Ontario nightmare. Pit bulls will survive because the culture of fear and ignorance is circling the drain, and because more and more smart, principled people own pit bulls and know them and love them. C'mon inside now, Selma -- we'll have some tea, hug the dogs, take yoga breaths and look at FrogDog's puppy photos.

[Huge, huge thanks to Selma -- Caveat -- for her tireless efforts on behalf of justice and basic sanity north of the border. Elle a besoin d’être consolée.]

Sniff. Thanks, Luisa, I needed that. Off to link - I'm sure glad I dropped in!

Luisa ... please cross post you-know-where. I love this one.

Thanks! Some much-needed perspective for the battle-weary warriors in the north :-).