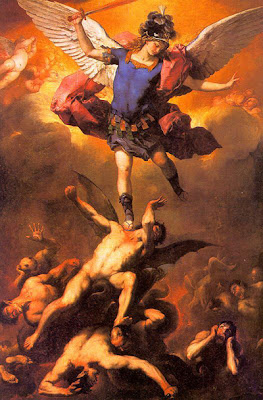 State Assemblyman Lloyd Levine, D-Van Nuys, withdrew the measure this morning, before a key Senate committee vote that he was certain to lose.

Levine says he will press ahead with the bill in 2008, but perhaps in a vastly scaled back form. Responding to critics who said the bill was too broad and would punish responsible pet owners, Levine suggested amending the bill so it would apply only to people cited for other pet-related offenses, such as letting their dogs run loose or illegally housing too many pets.

"While I'm disappointed," Levine said after the hearing before the Senate Local Government Committee, "I'm optimistic in the medium term we're going to be able to solve the problem." He said that lawmakers at least are acknowledging that too many pets are being euthanized in California - several hundred thousand each year - even if they disagree with his solution.

At the same time Levine expressed frustration with opponents, whom he said have shown little willingness to bend. "Every time we put an exemption in the bill, they tell me it's not good enough," he said.

"I think we can get to a solution," Levine said. "But the first thing opponents must do is to acknowledge that there's a problem and work with me to solve it."

"We have six months to educate the committee," said the bill's author Assemblyman Lloyd Levine, D-Van Nuys (Los Angeles County) after he decided not to bring the bill to a vote. "I want to reach out again to the opponents."

Yeesh. Levine's ignorance, his arrogance and his dishonesty just defy belief. Get back to me, Lloyd, when you care enough about shelter animals to adopt a couple pit bulls. [Pits and pit mixes made up a heartbreaking 41% of all dogs euthed in L.A. during fiscal year 06/07. And as I've said a few million times, I have two pit bulls, both adopted from the local pound. Did I mention that every animal control officer I know opposed this bill?]

There have been heaps of suggestions in editorials and elsewhere outlining better approaches than mandatory spay/neuter. USA Today's article pointed out that the most successful spay/neuter programs in the country are voluntary [but we knew that].

Research in Utah showed that about 85% of pet owners were already sterilizing their animals. "A big overpopulation problem was traceable to just 15% of animals," says Gregory Castle, who heads the No More Homeless Pets Utah program launched in 2000 by Best Friends Animal Society.

At the city or county level, California needs to do the basic research necessary in order to identify owners responsible for the shelter problem --- and target them, rather than opt for the Judie Mancuso, "if you have an intact dog, you're part of the problem" carpet-bomb approach. It's beyond insane, and beyond offensive, to insist that a stockdog trainer/handler like Suzy Applegate is no different from the cretin breeding his dysplastic, human-aggressive pit bull on every heat or the idiot dumping a litter of pups in an orange grove. That's PETA ideology no matter what you do to disguise the smell. No-Birth Nation? No thanks. I don't want to live in a world without border collies and bully breeds and hunting hounds.

As always, more news and great analysis from Gina and Christie at the Pet Connection blog. And a big thanks to all who helped kick this bill to the curb.
Posted by Luisa at 10:47 AM